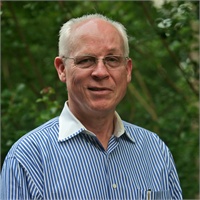 Alan is solidly ensconced in his third and final career.  Following on his B.S. degree in Hotel and Restaurant Administration from Penn State, he spent a short decade in the food service industry, followed by a much lengthier period in the communications field.  Here, ultimately, he was a principal in a large manufacturer’s rep firm prior to obtaining his securities and insurance licenses in 2006.

Alan has been an independent financial advisor since 2007, focused primarily in wealth building and retirement management for his clients.  Mutual funds, managed accounts and alternative investments are central in achieving the goals of his clients, and have thus become of prime focus in his marketing.  He serves on a team with other professionals as a Dave Ramsey Investing ELP, supporting this sound philosophy of debt elimination and long term investing.

When it comes time to relax, he enjoys cooking and creating a pleasant dining experience for others.  If there is a baseball or football game to be had, he is all in.  A little golf or some bowling will round out the time.

Get Financial News & Updates Delivered to Your Inbox